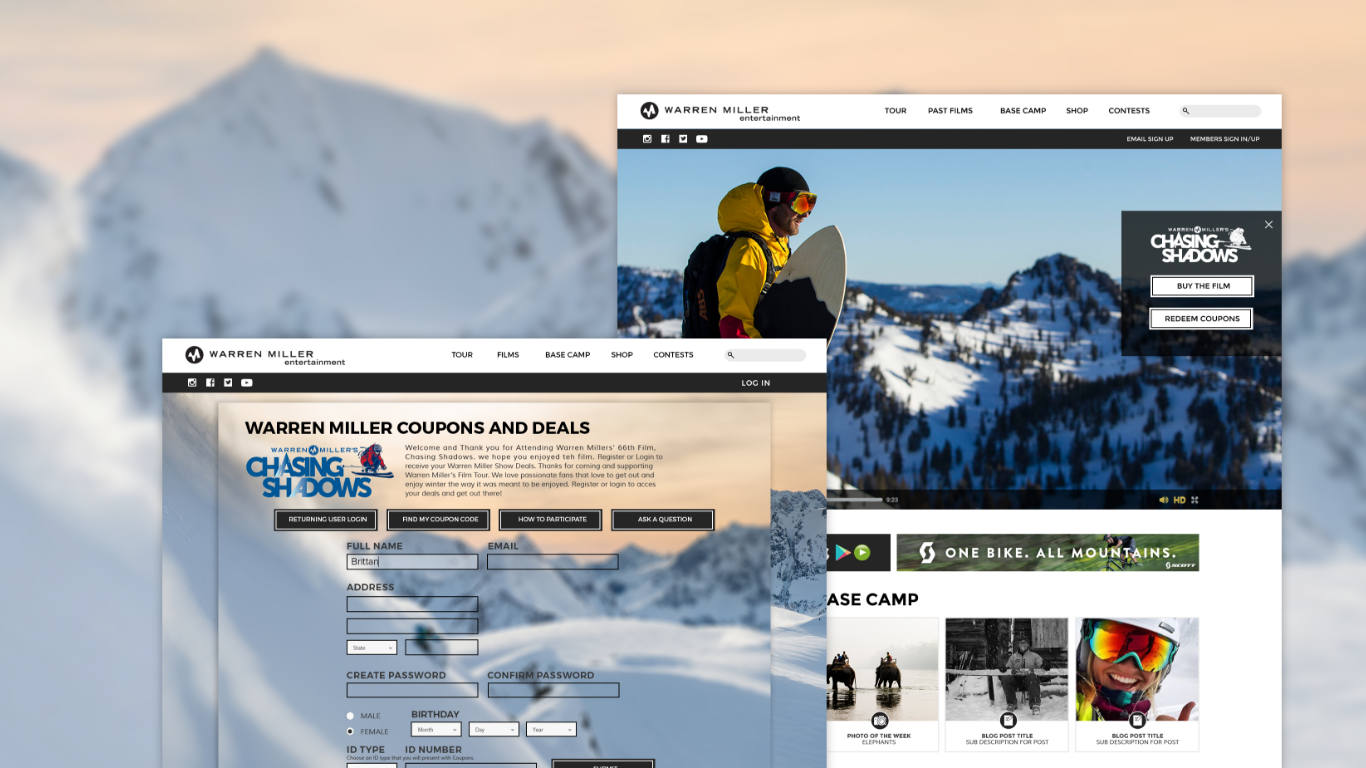 Since its inception in 1955 by Warren Miller, Warren Miller Entertainment has led the way in media innovation in the snowsports industry. The company most notably has produced ski films every season from the time it was founded until today. Throughout the years, WME has grown into a prominent online publisher creating blogs, hosting podcasts, and becoming a source of snowsport news, all the while continuing their long tradition of producing worldwide tours for their yearly ski film. But, over time, their website presence had grown stale.

WME came to 970 Design in need of a website that not only served as the backbone to their film tour and movies but created a streamlined user experience through their multitude of online publishings.

When Warren Miller came to us, its website was facing a major problem–despite being the online portal for one of the most aesthetically-pleasing and innovative production companies on Earth, the company’s web portal was extremely outdated, its multimedia capabilities limited to only hosting photo carousels. In addition to the anachronistic design, the site’s functionality was obsolete when it came to hosting the influx of annual users to its coupon and film tour pages–the two most actively engaged areas of the site. They were losing web traffic due to lack of navigational ability on their site and, in short, needed a massive overhaul of all things digital.

We built a website that was both highly functional and navigational but designed with the great archives of Warren Miller’s media collection in mind. We wanted the website to be a place for exploration, a resource for all things ski-related, that capitalized on intelligent, organized design, and helped users to navigate in a streamlined fashion.

970 Design also built new film tour and coupon websites for WME. The former used modern filtration and geo-locating functionality to negate the user work that was previously necessary to locate nearby Warren Miller tour stops and buy tickets. This increased online ticket sales and tour attendance. For the latter, 970 Design went through countless amounts of backlogged data to create a streamlined coupon site that actually remembered its customers, didn’t require users to re-register every year, and allowed vendors like various ski resorts throughout the country to have a single point of contact to upload their own special deals throughout the year. This cut down on the number of fraudulent coupon codes being used to game WME sponsors, increased user happiness by allowing them to see the full multitude of ski industry deals they were privy to, and revolutionized WME’s data capture capabilities.

Finally, the branding 970 created was meant to conjure similar feelings of simple, ski bum days of yore, while still paying credence to the world-class skiing showcased in Warren Miller’s films. 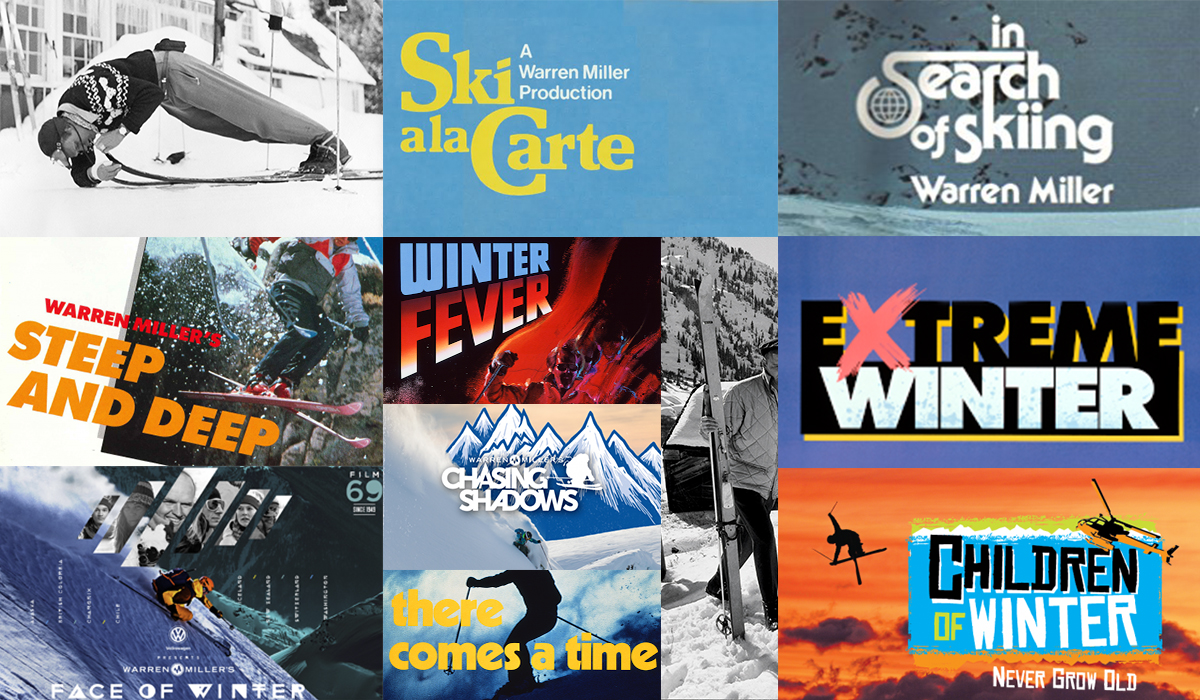 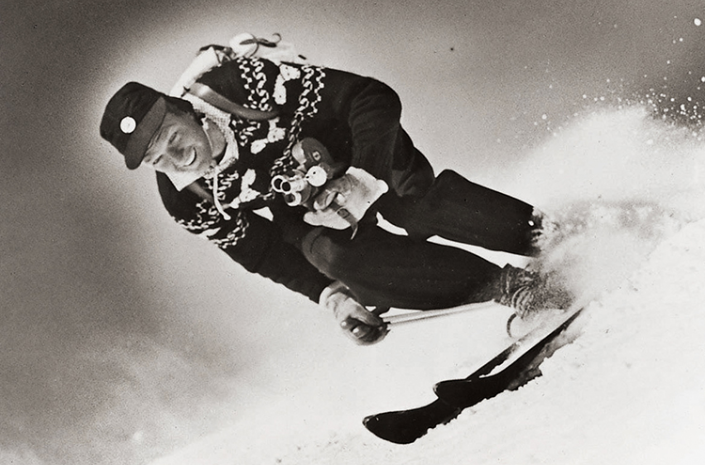 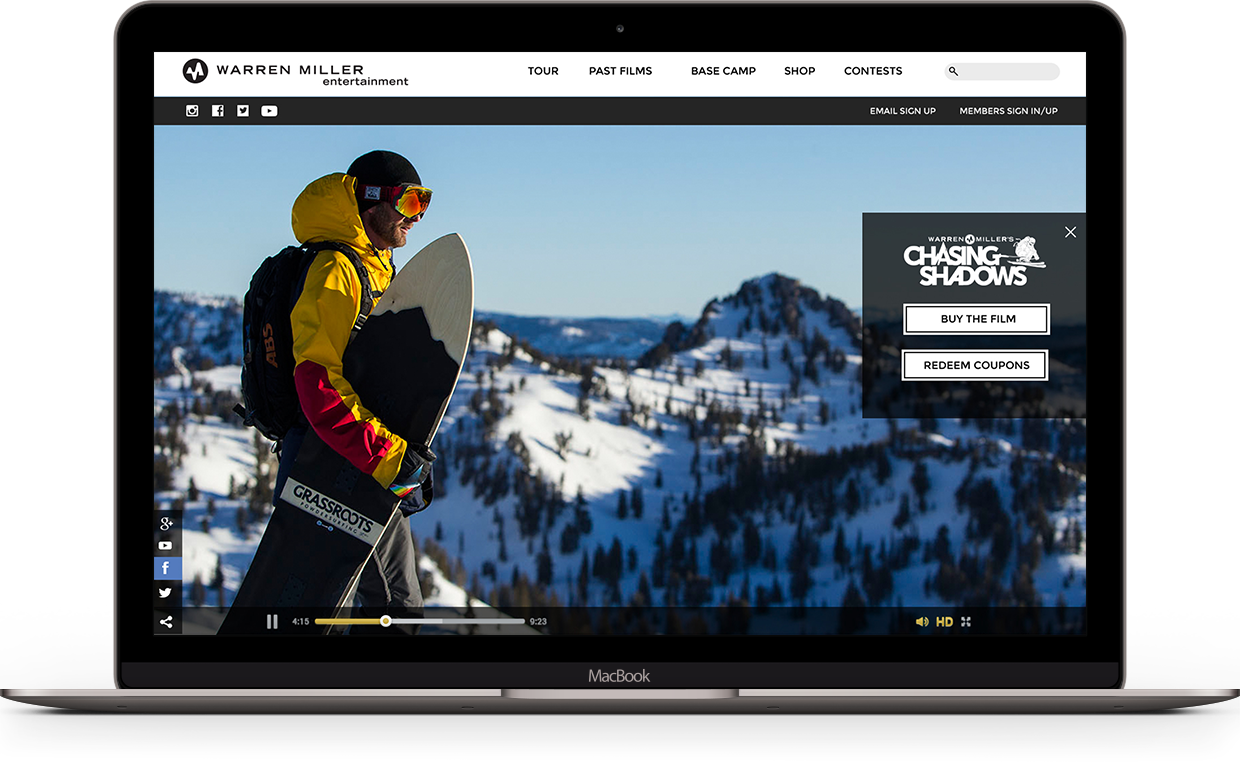 WME came to 970 Design in need of a website that not only served as the backbone to their film tour and movies but created a streamlined user experience through their multitude of online publishings. 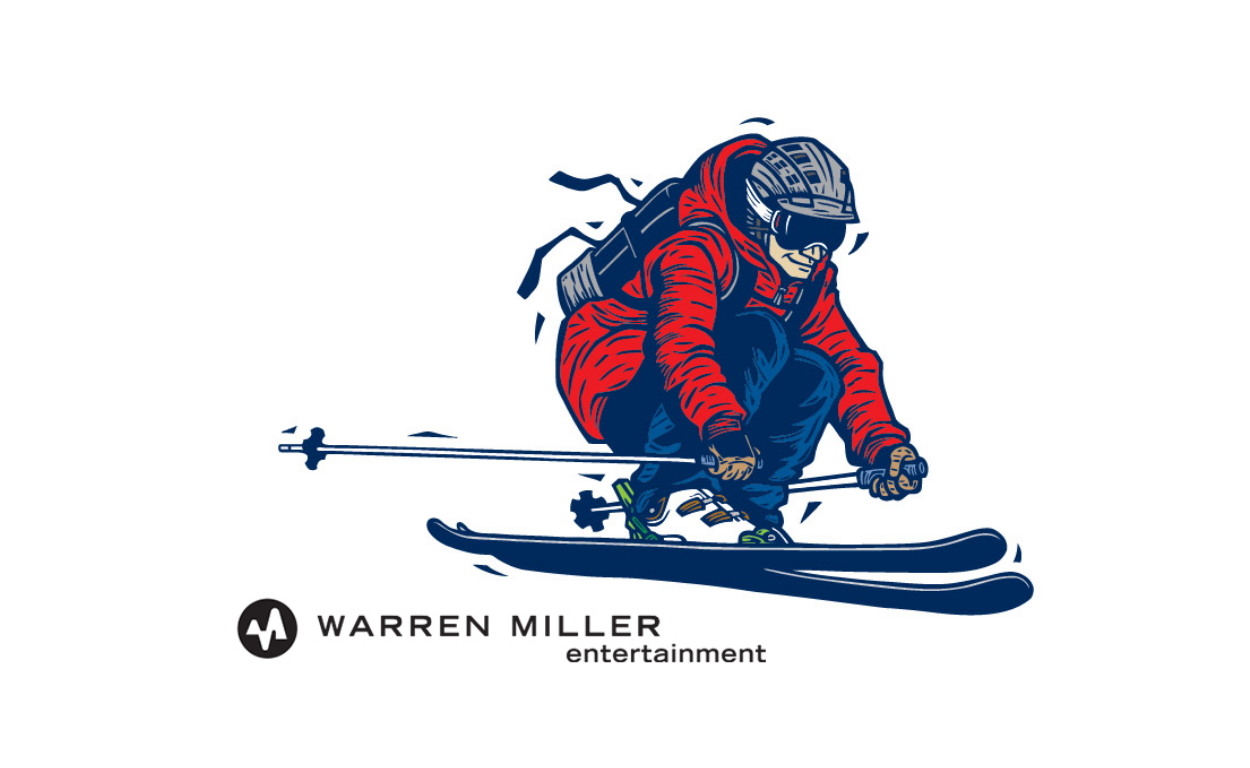 Customizable looks were created for both the coupon site and the parent site so that the imagery, look, and feel could be updated with each new film.

When working with 60 years of archives and media history, creating a new website is far from cut-and-dry. 970 Design set about creating a website that not only served as a guide to–and repository for–all of Warren Miller’s films of the last six decades, but that also allowed visitors to quickly and intuitively access the company’s robust online publishing operation.

Beyond that, our largest goal with Warren Miller was to build a tour landing page that enabled the scores of devoted international fans of the brand’s films to easily locate tour stops near them.

The end result of our efforts honor the legacy of the godfather of ski filmmaking while simultaneously serving as one of the largest, and most visited, online publishers in the snowsports world.